Wayanad trips were started since the college days. It was much like an excursion, whenever I travelled to the house of my dearest friend Sunil Thomas in Manathavadi, Still I do the same trips, with the same feel.

The incoming to Wayand itself, rejuvenates body as well as mind .The novel feel would be characteristic of the climate, which is not so hot. It seems Wayand would be having the lowest temperatures, among other districts of Kerala.

There is a place which I often visit in my Manathavadi trips, without fail. It is the Tomb of Pazhassi. It is situated in Mananthavadi town, near to government hospital and village office. It was near to the Pazhassi tomb, where I used to paint the town red in evenings, with some friends in Manathavadi. 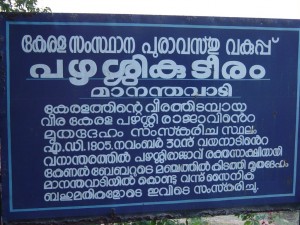 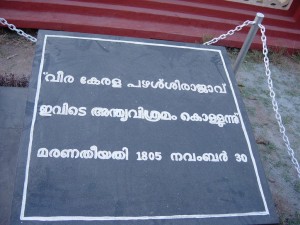 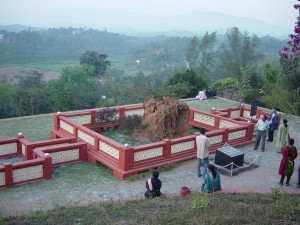 Years ago, when I first saw tomb of Pazhassi, it didn’t had these boundary walls. It only had a big tree and a floor. The tree that was planted on the grave had grown lofty with its roots covering the grave. But the tree had fallen in due course of time. It seems if our government had shown a bit more concern for the place, it could have been better protected. 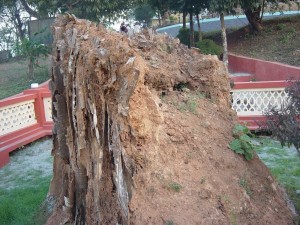 Pazhassi Raja, who also known as Brave Lion of Kerala (Veerakeralasimham) had his glorious death on November 30th 1805, at a place called Mavilamthodu, while he was vehemently combating with the marauding forces using guerilla warfare. (Pazhassi Raja fought with British forces, records say that before the conflicts with British, he had confrontations with Tippu Sultan of Mysore). Many other possibilities are also popularly acclaimed as the cause of his death, such as Pazhassi Raja committed suicide to not to get caught by British forces by swallowing diamond or so. Who knows the fact! However, historical records says that Pazhassi raja was homicided by gunshots of British troops.

A film about Pazhassi Raja has to be released recently. Renowned Malayli crew is behind the venture, screenplay by M.T Vasudevan Nair, directed by Hariharan and Mammooty plays the role of Pazhassi Raja. M.T would have done an exhaustive research for writing the script. Even if the film may have all the typical commercial ingredients, let’s hope we would gain more information about Pazhassi Raja through M.T.

There is a small museum near to the Tomb of Pazhassi. It has exhibits of historical remainders genre such as stone sculptures, remnants of burial pots, rocks, hero stones,weapons etc. 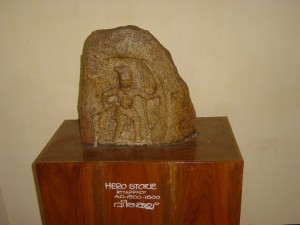 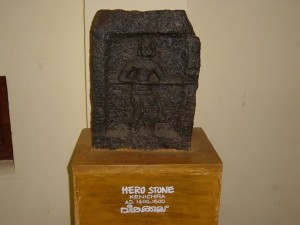 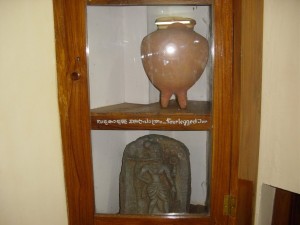 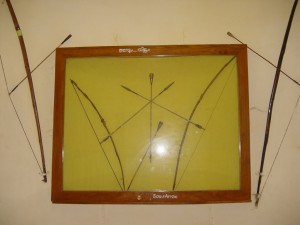 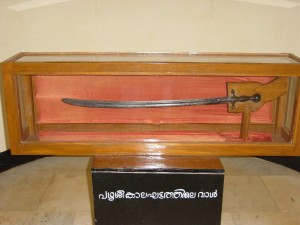 The neighbourhood of the Tomb of Pazhassi Raja is abounded with wind as it is an elevated spot. One of the branches of Kabani River would be in sight, if looked down. 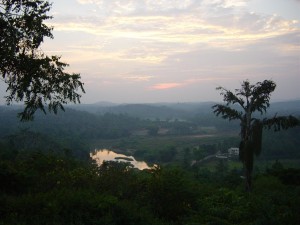 Enjoying the refreshing breeze, anyone would long to spend some time at Tomb of Pazhassi. If got a history book in hand, you may not even realize how fast you had finished reading the whole foliates of it. 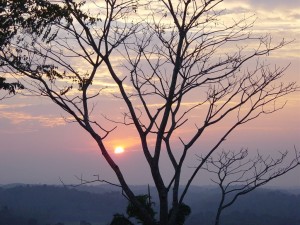 The sun painting the western horizon with red hue, Tomb of Pazhassi would bestow with this mesmerising sight also.

Still, much more to be explored in Wayanad. I am journeying…
——————————————————————————————————–
Figure 1: Kerala State Archaeology Department,Tomb of Pazhassi, Mananthavadi
The burial place of the hero of Kerala, brave Kerala Pazhassi Raja. Pazhassi raja was martyred in the Wayanad forest on 30th of November, in A.D.1805. The dead body was brought to Mananthavadi in the palanquin of Colonel Babar and buried here, with customary honours.